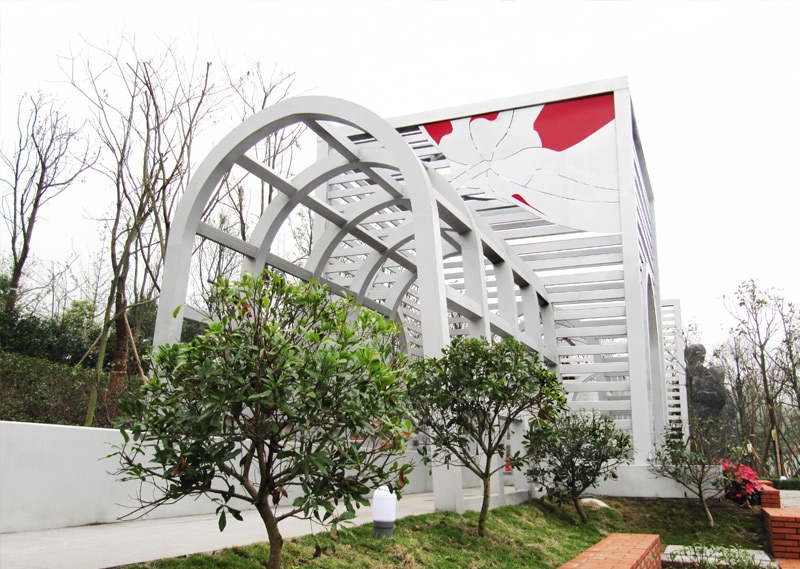 Chongqing – situated on the Yangtse River – houses 34 million inhabitants. This makes it the largest municipality in the world, and maybe the least known as well. The city is developing at a mind blowing pace and shows its ambition with the International Garden Expo Chongqing. The Antwerp Garden highlights the trade relations between the two river towns. With the tulip motif that can be seen on the pavilion, Ronald van der Hilst highlights another link. China is the country where the flower was described for the first time. 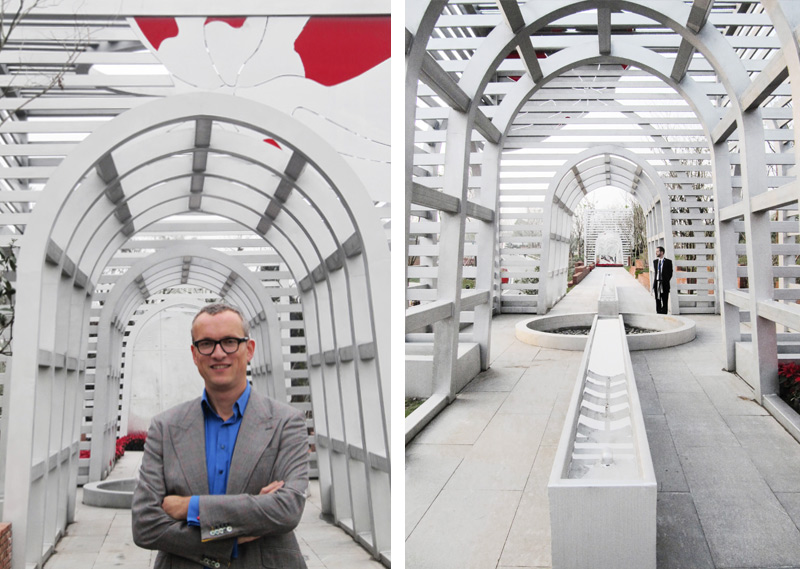 The flower found its way west through the silk routes and eventually emerged in Antwerp in 1562 via Istanbul. 2012 marks the 450th anniversary of the European discovery of this exotic flower.

The design of the landscaping around the pavilion is the work of Abraham Rammeloo, curator of the Arboretum Kalmthout and Leen Dierckx, of the Antwerp Province. The International Garden Expo in Chongqing was opened on November 19 and ran until May 2012.